Great news for public library users, as from 4th July, local libraries will begin to re-open to the public.  Opening hours and services will be limited to begin with and social distancing measures will be in place. 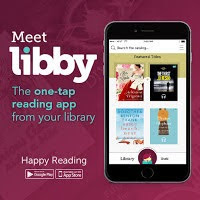 Don’t forget, you are still be able to access free e-books, audio books and research resources via your local public library online services.  To find out more click here.
at July 02, 2020 No comments: 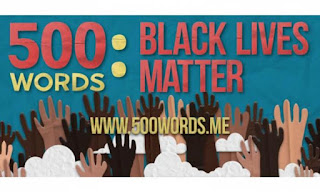 All children aged between 5 and 13 and are invited to write a story of no more than 500 words on any ‘themes and issues emerging from the Black Lives Matter movement’.

You can submit your entries via an online form and many stories will be read out on Chris Evan’s Virgin Radio breakfast show by special guests through out the competition. 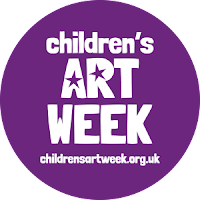 Taking inspiration from the many topics and tasks available as part of the Art Week programme, Ms McIntosh, has created some fantastic project work around the topic of ‘architecture’ for all Year 7, 8 and 9 students.  To explore and try some of the other activities available, click here.

Below are a selection of art theme YA novels that are well worth a read:

Fire Colour One by Jenny Valentine
A Carnegie Children’s Book Award shortlisted novel, the title of the book is that of a 10-foot long panel created with a blowtorch, water and two models by the French artist Yves Klein in 1962 and which sold for $36.4 million at Christie's in 2012. Art is a prominent theme in this novel about love, lies and redemption with a superb final twist.

Midwinterblood by Marcus Sedgwick
Inspired by the painting MidvinterBlot by the Swedish Realist painter Carl
Larrson, this dark and compelling novel is about two people who find and lose one another
over more than a thousand years.  This novel was also shortlisted for the Carnegie Children’s Book Awards.

Ivy by Julie Hearn
A historical novel set in London during the time of the Pre-Raphelite painters.  It tells the story of a girl with beautiful red hair, previously abandoned and neglected and living a life of crime, but whose life takes a turn for the better when she is spotted as a model for a Pre-Raphaelite artist.

The Medici Seal by Theresa Breslin
Set in Renaissance Italy, this is an epic adventure of intrigue, murder, revenge and betrayal  told through a young boy who works for Leonardo Da Vinci and carries a secret that people will kill for.

The Books that Made Me - Ms Rodgerson, History Teacher

We are asking members of staff to share ‘the books that made them’.  Below are the choices of Ms Rodgerson, History Teacher


I am currently reading: Fall of Giants by Ken Follett. This book is the first in a series called The Century. What I like about this book is that it documents the period of the First World War on a personal level by telling the story through individuals. It covers the many sides of the world- discussing the working class British perspective all the way to the role of the Russian Revolution in shaping the outcome of the war.

My favourite book as a child was: Enid Blyton's The Faraway Tree. My mother and I would read these books together and they were my first real look into the different world’s you can discover through reading.

The last book that made me cry was: The Long Song by Andrea Levy. This book tells the story of those living in Jamaica during the last turbulent years of slavery and the early years of freedom that followed emancipation.

The last book that made me laugh was: This Is Going To Hurt: Secret Diaries of a Junior Doctor by Adam Kay. This is a funny and moving book which details the experience of Junior Doctors working in the NHS.

As a child of the 1990s my comfort reads are any of the Harry Potter Series. I am a huge fan of the series and I love listening to Stephen Fry reading the books as it reminds me of listening to the tapes!

The one book I think everyone should read is: It’s Not OK to Feel Blue and Other Lies by Scarlett Curtis. This is a series of essays written by a number of inspiration people. They open up about their experiences with mental health and well-being. Reading it made me more aware of how important to recognise how we feel and to talk about it. 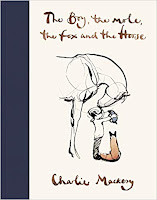 Just an extra recommendation which I think it really nice to read during lock down is The Boy, the Mole, the Fox and the Horse by Charlie Mackesy.

First News is a weekly newspaper for children that the Library subscribes to.  It covers difficult and positive news stories from around the UK and the wider world, as well as entertainment news, and articles on animals and science with competitions and reviews as well.

Below is the final free digital edition of the newspaper:

💖 Books We Love About Love 💖

As part of SRE day at EPHS, we have put together a list of books we love about love!

Check out our choices below - we’d love to hear about your favourite book about love.

We are publishing book reviews on the Library blog and giving out achievement point for any that we receive.  Please send your reviews and comments to Mrs Nolan at cnolan@e21c.co.uk. 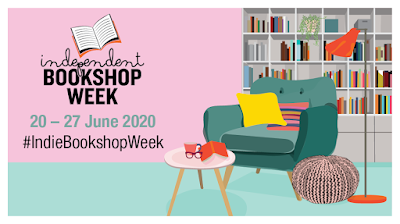 The Beckenham Bookshop in Beckenham, although not yet available to browse, are very happy to help with orders, requests and queries (help@beckenhambooks.com).

Looking for you next great read?  Check out the Indie Book Award shortlist by clicking here.
at June 22, 2020 No comments:

Great news for public library users, as from 4th July, local libraries will begin to re-open to the public .   Opening hours and services...